Giving you the Edge in Business January 26, 2019
Many users use The Logger's Edge to track their time sheets as well as their load tickets. Time can be tracked block by block or tract by tract (i.e., job by job) and those entries play "double duty." They feed into job cost and production reporting, and they also streamline the gross payroll calculations. The…...read more Paying Foresters a Percentage of Stumpage

Simplify Rate Setup with Rates as a Percent of Another Rate

January 5, 2019
It's somewhat common, especially in Canada, for contractors to receive revenue from a mill where the rate is based on a percentage of another rate that you've already set up. It typically happens when a fuel adjustment is calculated as a percentage of the base rate. In the U.S., a somewhat common scenario on the…...read more Using Rate Sheets to Simplify your Revenue Rates in Canada

September 1, 2018
Do you ever find yourself going into multiple blocks to update the rates for the exact same rate change, and find yourself making the exact same change because that rate changes over and over again in all your different blocks? A common example for our Canadian users is that a logger may be paid for…...read more Wouldn’t it be Cool to have a Search Capability on your Tract Grid?

October 10, 2017
When you open the Tract grid does your screen look like this?     Or this?     The enhanced Tract grid is what we refer to as a split-view, where we have our navigation and search on the left and our data on the right. Most areas in the software already operate this way.…...read more 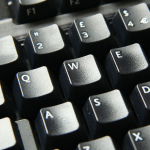 August 3, 2017
To those of us computer users who used computers before the mouse was invented, you might enjoy these tricks in the Logger's Edge: 1. When entering load tickets, time sheets or miscellaneous expenses, you can use the ALT+S key to Save the entry you are on, and immediately land on a new load ticket (or…...read more